How to Write Your Dazzling Expert Bio 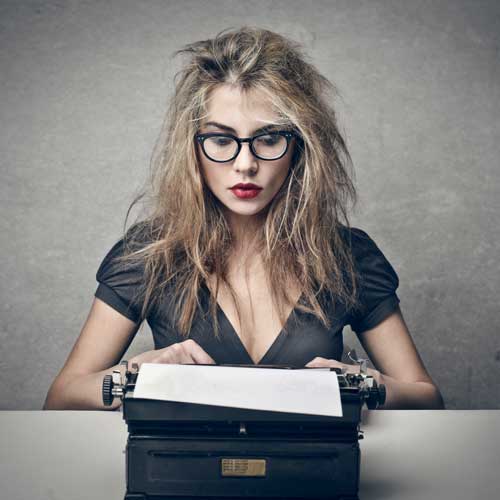 As a speaker, author, coach, or industry expert, there will be many situations where you will be asked to provide your bio for promotional purposes.

With these simple rules, you will be able to write a dazzling bio for yourself in less time, with less effort, and with amazing results.

1) THE NARRATIVE
Bios are typically written in the third person narrative and should sound as though they were objectively written by someone else (although it is obviously anything but…).

2) THE VERSIONS
It is becoming more common, however, to use the first-person narrative for your website. Doing this can make your bio more personalized, casual, personality-driven and will allow you to be more creative in how you connect with your website visitors. But in all other scenarios, it’s best to stick with third-person narrative.
(Keep in mind that media professionals and people who book you to speak or be a guest on a webinar, will often copy and paste your bio from your website so you may want to include two separate versions of your bio on your website like I did.)

Here is an example of a great professional bio > CLICK HERE.

3) THE LENGTH
Most entrepreneurs can benefit from writing several bios in various lengths for different purposes. I personally keep a document in the cloud with various iterations of my bio, including versions at 1-sentence, 1-paragraph, and 1-page. I’ve used this document countless times over the years and strongly recommend that all authors create a similar document.

4) THE BASICS
Just like when you are introduced to somebody, you will start with your full name and then move on to your occupation. The reader needs to be hooked and enticed to keep reading, so you may want to include an impressive accomplishment or statistic. After you initially state your full name, you proceed by alternating “her”/”his” and your first name.

5) THE RELEVANT DETAILS
Your bio should include the most relevant details pertaining to your subject matter or expertise which can include: The title of your book, your area of expertise, any major media coverage you’ve received, publications that you write for, foundations or boards you serve on and relevant business experience (if you offer related business services or you’re a speaker)

6) THE PERSONALITY
Add some flavor to your bio by including something unexpected. This can be a bit of humor or just curious information that you think people will be interested in, such as you being a fine wine connoisseur or a motorcycle enthusiast. A transition for this may be: “and in his/her spare time, he/she really enjoys _____”. A little witty twist at the end can tell a lot about your personality.

Here is another example of a great professional bio > CLICK HERE.

8) THE TWEAK
Ask a friend or peer to proof your bio before you publish it anywhere.

9) THE REVIEW
Remember that your bio is a living document and you should review it on a monthly basis. As it’s fairly short it won’t take you too long to make changes that can be quite important to the reader.

Here is one more example of a dazzling author bio > CLICK HERE.

Your Bio Will Also Be Needed in Following Places:

Your bio is getting more and more important and you should make sure it sells you and brings out your personal brand. I hope these tips and sample bios have been helpful, do let me know if you have any other thoughts and ideas on bios. Now that you have a great bio, remember to reach out to the right people and make sure they read it!

Make sure you also take a moment to check out my bio > CLICK HERE.

I hope you find these tips super helpful!
Hugs!!! CR

Jen Coffel
Jen Coffel is CEO of Engaging Speakers, a successful business coach, a best-selling author with four books, and a philanthropist. She has been featured on Inc.com, ABC News, and the Chicago Tribune. Jen has been mentored by speaking icons like Jack Canfield, Nick Vujicic, and Sandra Yancey, and has spoken on stage to over 10,000 people.

With two decades of business experience, Jen built her first 4 businesses to 6 figures each, all in under a year and all in different industries. She has now helped over a thousand entrepreneurs build their businesses with many reaching 6-figure and 7-figure revenue. Jen has an innovative and down-to-earth speaking style audiences love. Her speaking topics include: “The Six-Figure Solution: Three powerful keys to turning your (online or offline) business into a profit-generating machine” and “Accelerate Your Virtual Sales: Three keys to generating endless leads and clients with virtual speaking.”

In her previous career, she developed the largest team in Illinois for a billion-dollar direct sales company, personally generating over $25 million in sales and raising over $1 million in donations for non-profits. But she is most
proud of founding her own international non-profit “Handing Hope” which brings comfort and smiles to children battling cancer in twelve states and three countries around the world.

Matt Brauning
Matt Brauning is a writer for FORBES, a 2-time best-selling author, and host of the top-charting podcast “The Driven Entrepreneur” on iTunes, and syndicated on 16 AM/FM stations coast to coast. He filmed in the movie “The Journey” with Brian Tracy and Bob Proctor, and you’ve seen him on television on ABC, CBS, NBC, and FOX.

Matt has been an entrepreneur since 2002, speaking all over the world including the US, Australia, New Zealand, and the UK and has produced over 250 multiday seminars and events. His speaking and client list include The Harvard Club, U.S. Bank, McAfee, New York Life, The YMCA, and NASDAQ.

He is an avid motorcycle rider, church leader, and rock climber, climbing technical roped ascents of mountains like Mt. Whitney and Halfdome in Yosemite. He resides in Grand Rapids, Michigan with his amazing wife Lola and awesome son Valiant.

Christie Ruffino
Christie Ruffino is a serial entrepreneur, podcast host, and Best-Selling Author of 14 books. She has been featured on Inc.com, WGN Radio, and The Morning Blend on NBC TV. She is a Certified John Maxwell Coach and has studied under a long list of business icons such as Bob Burg, Jack Canfield, and Larry Winget.

She has over three decades of business experience, built three six-figure businesses, and has worked with over three thousand women helping them increase their business revenue through clarity, collaboration, and increased visibility.

All this experience has come together in a way that now serves her clients at the highest level. As a Profitize Your Purpose™ Coach, Christie guides entrepreneurs through her process to harness the power of STORY & COMMUNITY… to build their brand, attract more clients, and enjoy a profitable purpose-driven business.

Christie is an avid reader, serial smart ass, and a proud grandma of the two most adorable kids ever!!!! (And she has thousands of photos to prove it.) She swears she will NEVER skydive but is addicted to triple-digit speeds down open country roads on her Harley.

This website uses cookies so that we can provide you with the best user experience possible. Cookie information is stored in your browser and performs functions such as recognising you when you return to our website and helping our team to understand which sections of the website you find most interesting and useful.

Strictly Necessary Cookie should be enabled at all times so that we can save your preferences for cookie settings.

If you disable this cookie, we will not be able to save your preferences. This means that every time you visit this website you will need to enable or disable cookies again.